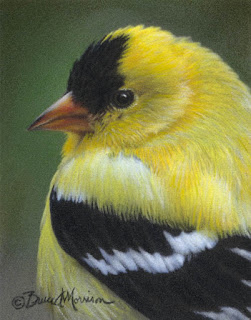 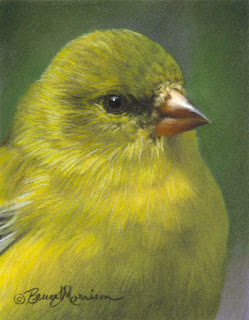 I have been somewhat obsessed with small bird portraits all winter here at the studio; my most recent portraits have been a pair of Goldfinches...I hadn't done a female American Goldfinch and as I was working on one I thought why not do a male to pair the birds up!  I've since framed them together in one frame and think they look great together! 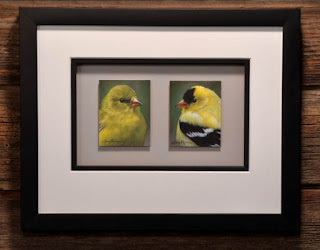 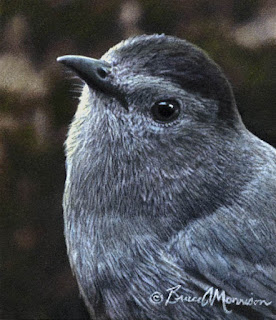 One bird from the mimic family I really like hanging around the acreage here is the Gray Catbird; its a challenge in color pencil because its really just a slate gray with a dark cap on its head.  It does have chestnut brown undertail coverts but that wouldn't show in a head and shoulder portrait like this.

The American Goldfinches are here in high numbers all season long but they have yet to turn the spring plumage colors shown in the pencil drawings...right now they are getting a bit splotchy but you can see hints of the full spring color coming along.

We won't see the Gray Catbirds until later in April most likely but we'll probably hear their "mewing" cat-like call before we spot them.

Either way I may be getting a little ahead of myself but still looking forward to them all!

Spring is just a couple days away!