How It Needs To Be - For Our Sake 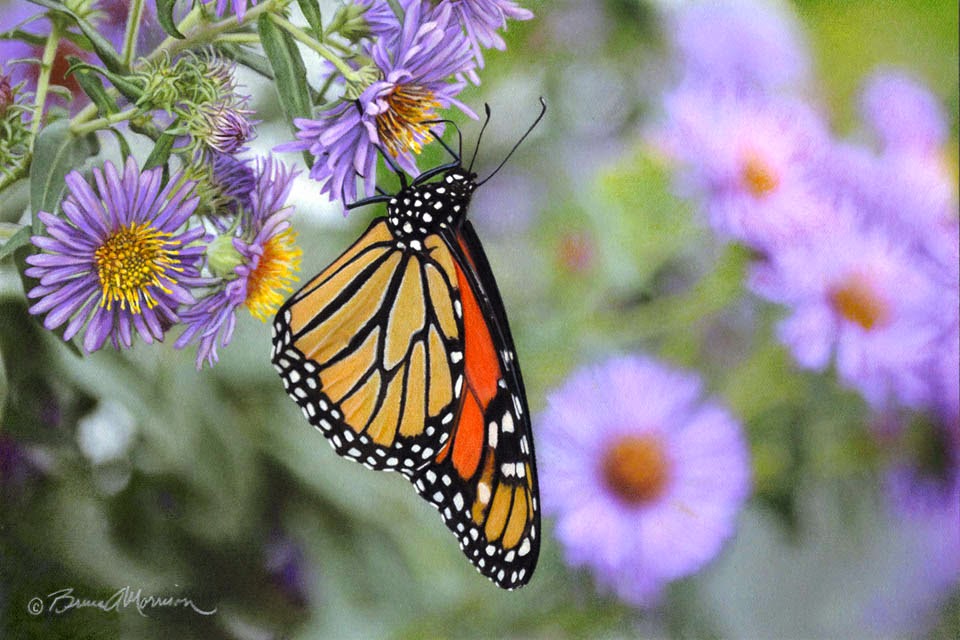 
I've always had a soft spot for Monarch butterflies, but then who hasn't enjoyed these big beauties each summer?  They have always put on a great show here on our acreage and the prairie pastures.  But like many other people - some years ago I began to notice something just wasn't right.  My observations weren't exactly scientific; I was only observing a change, but it was certainly becoming clearer and clearer as I read more of what was going on in their winter sanctuaries, and how our newer agricultural pesticides were affecting them in their breeding grounds of the central U.S.

In the mid 1990's their numbers were estimated at 1 Billion.  In 2014 their numbers were estimated at 35 million.  The drop is so precipitous that status for protection under the Endangered Species Act was sought. In December of 2014 The U.S. Fish and Wildlife Service stated that Endangered Species Act protection may be warranted for Monarchs, and announced the agency will now conduct a one-year status review.

This and the Presidential Memorandum last June (2014) is highlighting a real need to investigate and act upon the plight all of our pollinators are now facing; not just honeybees, but our native bees, and butterflies and the many other insects that pollinate our crops and the flora of this planet.

It is my sincere hope that we will all consider the findings and research from the independent science sector - those with no "skin" in the game.  For too long we have seen Big Ag research and studies showing a virtual "no effect" in results pertaining to environmental damage to flora and fauna.  And the "revolving" door of political appointments and corporate interests are blocking true independent research as well. I personally do not feel a need or "pull" to put all the "eggs" of our natural heritage into the basket of corporations that only profit with status quo or increases of millions of tons of pesticides each year.  But maybe that's just "me"?

I will admit that I draw, paint and photograph things that strike me as beautiful, but I do not want to be categorized as simply a "decorative" artist.  I do work of what is personally important to me - the land, the flora and fauna of the tallgrass prairie...these are all important to me physically and emotionally, they are something I dearly want my great grand children and theirs to inherit and experience.  I don't just draw something because its "pretty", but to me its all beautiful, regardless.

The top image, the color pencil drawing of the "Monarch on New England Aster" is of beautiful subject matter, and it strikes me as something precious...I'm drawn to it by my interests in the Monarch butterfly, it's conflicts, it's future and it's habitat needs.  I'm drawn to do this piece because of my concern and my admiration for this species here in North America.  Aside from that, the drawing was also a challenge to do and I am happy with the outcome - it wasn't easy for me! 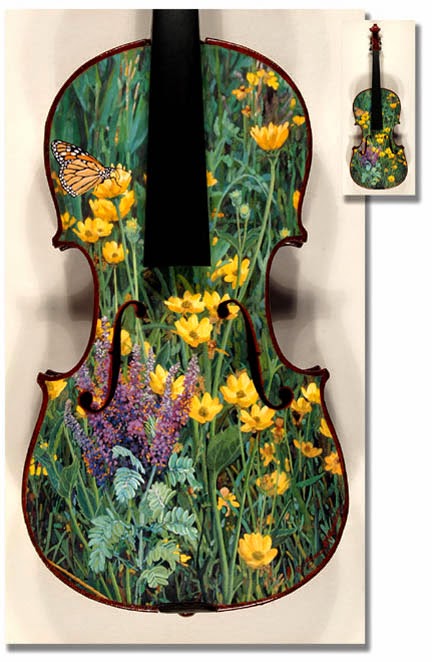 The only other time I can really think of doing artwork of a Monarch was on the front of a painted violin done years back for a NW Iowa Symphony Orchestra fund raiser.  It wasn't the main subject or focal point but a supporting character.  I liked the way this casein painting depicted a jungle of seeming chaos...the prairie and all its complexities can appear as chaos to the casual glance!

I hope a "pretty" picture can raise awareness of a precious piece of the prairie's puzzle. I'll continue portraying the landscape that I love and the natural heritage I feel passionately about...I'd hate to think of doing so as just "documenting" what "once was".  I'd rather think of it as how it needs to be...for our sake.
at 3:12 PM No comments: